“That red light you see is sunlight that has skimmed and bent through Earth’s atmosphere and continued on through space to the moon,” notes Alan MacRobert of Sky and Telescope magazine. “In other words, it’s from all the sunrises and sunsets that ring the world at the moment.”

One take-away here has to do with the potential potency of this total lunar eclipse and the archetypal energies involved. Remember that eclipses can act like jump starts to a car, and jolt us into a new direction, way of thinking, or some kind of change, etc. 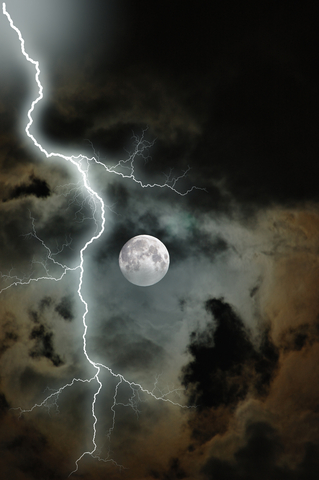 They can lead to sudden, unexpected events or revelations (especially this one on the Leo/Aquarius axis), that will likely manifest in the areas of your chart (houses) where the Sun & Moon fall at this time. Eclipses generally manifest between three weeks before and six months after, though they have been known to extend their effects for several years, depending…

Another message coming from this Leo Super Full Moon (closer to the Earth, remember?) may come in larger than life drama queen scenes, so be on the lookout now for displays of over the top emotion or histrionics. It’s like a “normal” full Moon on steroids, so this Super Moon’s closeness to Earth can make us even more “lunatic” (read: loo-nah-tic!) now, which is to say we may feel this energy more strongly than usual…

Since Full Moons are always about release, a simultaneous total lunar eclipse indicates endings as well. Eclipses run in what’s known as the Saros Cycles and have been traced back through the ages by many astrologers, among them Bernadette Brady.

Brady notes in “Predictive Astrology, The Eagle and the Lark,” that this particular Leo Full Moon total lunar eclipse (Saros Series 1 South) “is concerned with ideas and their enthusiastic expression,” and that “if this eclipse affects your chart, you will be flooded with ideas or options. There may seem to be an element of haste, but if you can go with new ideas, they will have positive outcomes.”

Hmm…sounds like in order to allow in such new ideas, we’ll probably have to release some older ones, eh? And that this may happen naturally. Be aware of where this eclipse is hitting your chart and you’ll be able to guesstimate into what area of life your new ideas will come…

Let There Be Light…

This Leo Full Moon is a lunar eclipse because the Aquarius Sun joins Venus, Hygeia, Juno, and the Aquarius South Node (past karma), while the Leo Moon aligns with Ceres & the Leo North Node in opposition.

As we feel the strong pull of Aquarian South Node energy to the past, we notice that only the Leo Moon & Ceres are aligned with the North Node, the direction of our future destiny. Let’s review how we might move forward consciously.

When the Leo Moon reflects back to the Aquarius Sun its own bright light, we’re reminded–while the Sun moves this month through this group-oriented, humanitarian, aha! moment sign–that the whole collective of humanity is comprised of separate individuals.

However mindful of this we remain, we also must recall that all full Moon energies require integration and balance to operate optimally.

First of all, what’s wounded you in terms of the Aquarian archetype either in early life or past life karma, particularly in the area of breaking away (or not!) from a group or tribe (i.e., family, religion, school, community, etc.) and their particular way of thinking. What’s got you clinging to an old way of dealing with issues around health and/or partnership?

You might have been ostracized (which could lead to self-ostracizing, aptly espoused by Groucho Marx’s famous quip: “I don’t wanna be a member of any group that’ll have me as a member!”) Perhaps you were ahead of your time and everyone around you thought you were crazy. Maybe you were, or you became crazy as a result, doubting your own intuitive or intellectual knowledge. 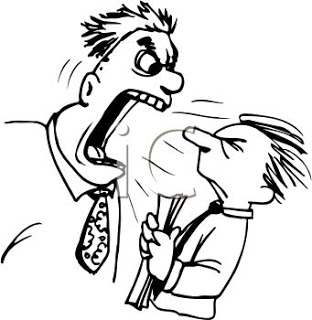 Or, alternatively, you stuck with the group (and its way of thinking) out of habit, or a sense of guilt or betrayal should you decide to leave, but you knew at some point that the group’s philosophy varied greatly from your own.

The results of sticking with that group or collective energy over time might have pushed you into a position of authority—one from which it became harder and harder to escape. So now you’re living a life that doesn’t include being true to yourself or your own individual beliefs, and which doesn’t leave you feeling truly happy or secure.

This Leo Full Moon lunar eclipse calls us all to think about why we align with those we do, whether they constitute a literal group or simply a particular philosophy or set of beliefs or rules–and whether this way of thinking benefits your freedom of self-expression, health, or one-on-one partnerships.

I Glory In The Me Yet To Come

The Sun will shine, regardless. You get to decide how much you want your individual light to shine, and whether or not you need the group or collective to be able to do this.

We all walk that fine line between being accepted and being ourselves. Many of us—for whatever reason—feel we must hide our true inner selves for fear of being shamed, blamed, or otherwise deemed “different.”

The Leo Moon/Ceres/North Node call us to utilize what we’ve learned from any group or tribe to which we belong or previously belonged, and to bring it forward in our lives. Dwarf planet Ceres’ connotation is around sustenance, be it literal or metaphorical, so now is the time to figure out how to self-nurture by shining one’s own creative, solar light out into the world in order to fulfill one’s 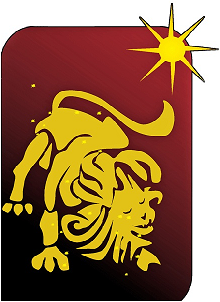 I’ve noted before that Jungian astrologer Liz Greene points out that the dilemma for those who carry Aquarian energy is about separating from the collective. Since we all have Uranus (Aquarius’s ruler) somewhere in our chart, the house or houses with this sign prominent represent areas where our ability to express our emotional and instinctive individual needs is being tested.

In The Art of Stealing Fire, Uranus in the Horoscope, Greene cautions against considering unconventionality equal to individuality. She writes: “…please try to rid yourselves of the association of Uranus with individuality,” because “unconventional does not mean individual…because the act of rebelling against something means that tone is in some way deeply bound up with, and subtly dominated by, the very things one is fighting. This is not an expression of individuality, because that comes from within, and is not dictated by attempting to be the opposite of something one perceives in the outer world.”

She adds: “One needs to be able to say, ‘hang on a minute. This is a wonderful and inspiring vision of the future, but does it apply to the world in which I am presently living? Is it viable in terms of my experience of life and human nature? Do I believe it with my heart and gut, as well as my head?…Can I contribute anything truly individual to making it work?’

“Without this kind of perspective, Uranus may wipe out individual values and individual authenticity, and what we have left is polemics. In its most negative form, these are the polemics of the terrorist, or the polemics of any mass movement which is aimed at destroying institutions or structures which are deemed in need of radical change.”

Green concludes, “if someone is trapped in such receptivity to the collective, without any individual sense of self to monitor, sift, and shape the revelation, he or she may lose touch with what is nourishing and creative on an inner level, and many important aspects of personal life may be unwittingly crushed.”

Creating My Own Tomorrow

The Moon quincunxes Neptune at this Leo Full Moon lunar eclipse, which says we may be confused, easily deceived, or put our faith into something Quixotic; however, we may still continue to dream of what we can someday become…

It pays now to remember “from chaos comes clarity,” and that as long as we’re aware this is the dream stage and not the actuality, we should be fine. Quincunx is tantamount to an annoyance which, through its irritation, causes us to adjust something or other in our immediate environment. 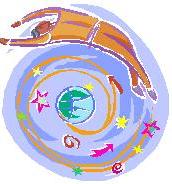 So, when dealing with the more impersonal Aquarian energy prevalent right now, we can remind ourselves that through this Moon/Neptune quincunx we can adjust to any annoyances by allowing ourselves freedom of creative and emotional expression as at least a brief respite. This is preferable over putting too much faith in others and ending up deceived.

In addition, Mercury moves just after this Leo Full Moon from “work hard,” “keep the status quo,” and “don’t rock the boat” Capricorn energy into more objectively forward thinking, impartial, collective Aquarius energy, and we may have to put on our thinking caps to ascertain if what’s being said (or what we’re saying to others) is what we truly think or feel.

When I Become One With The Sun

The courage and strength to think and feel freely is the right and proper integration of the Aquarius and Leo energies prevalent now.

The message inherent in this Leo Full Moon lunar eclipse is that we must sustain ourselves by shining our true light up and outward and, in doing so follow our hearts regardless of the strong pull of the collective right now. 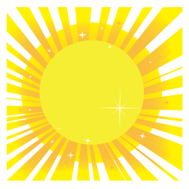 Though the Aquarian archetype often likes its external battles—think Prometheus and his defiance of Zeus when he stole fire to give to mankind–the battle now is within, not without.

It’s about finding that liminal space inside where you sing your own song, paint your own picture, dance your own dance, and generally simply follow your heart…

Because it’s your heart that knows whether it’s on the “right” road or not, even if it’s not the permanent road. And it’s your heart that cannot sacrifice its individual unique means of expression, or sublimate its feelings to any particular group or the collective as a whole, to be lost to anonymity forever…

Here’s a song that sprang to mind when writing this piece that I feel aptly describes the energy of this Leo Full Moon total lunar eclipse & its potential integrative energies…note how there’s an orchestra (group) AND soloists (individuals) ALL expressing themselves creatively! (Sorry the film’s a bit fuzzy in places, but I couldn’t find a clearer version…)

I Sing The Body Electric

From the movie “Fame”

And I’ll serenade Venus
I’ll serenade Mars
And I’ll burn with the fire of ten million stars
And in time, and in time we will all be stars

We are the emperors now and we are the czars
And in time, and in time we will all be stars