Home» Posts tagged "outside the box"

You may recall—as Mercury re-enters Aquarius on February 13–that the messenger of the gods already had a rather brief dalliance in Aquarius.

That was just after the New Year, from January 2 until Mercury stationed retrograde on January 5 and headed back into the sign of Capricorn on January 9 .

What happens when the archetypal representative of communication, siblings, local business, transportation, near neighborhood, extended family, and early childhood learning—flies into the forward-thinking, humanitarian sign of Aquarius? 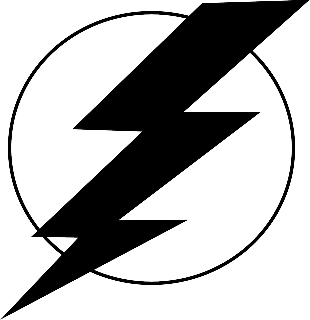 Well, the combo of Mercury & Aquarius is one of the best for thoughts that move with the rapidity of an electric impulse through the brain and down the spinal cord. This neuro-electricity conducts messages from brain to mouth, or to other parts of the body, and the body responds.

How Can We Put This Energy To Best Use?

We’ve already discussed that Aquarius is an energy filled with the potential for aha! moments and revelations. When they come, they come quickly. How can we not lose them in the hurried pace of our everyday lives?

Hmm…well, here’s one trick I’ve recently discovered. I carry an mp3 recorder with me when I go out in order to capture my thoughts when I’m on the move, walking, in the car, etc. I find this to be extremely helpful because you know how it goes: you can write an entire novel in the shower but as soon as you step out to dry yourself off–poof!–the idea vanishes into the mist…

How can you capture these aha! moments best? In any way that fits into your schedule, I say. You can also keep a notebook or a pad by your bedside and jot down notes before going to sleep or immediately upon awakening. A recorder is even better but of course you have to transcribe it.

The good news? There’s software out there to help you do this–and it’s free! There’s Audacity and others–a quick google search–computers, after all, correlate with Aquarius energy–can prove useful in your research.

Which brings me to another point. Anyone notice the recent news about the discovery of gravitation waves in the universe? The ones that prove Einsteins’s 100 year-old theory of relativity is not just a theory?

Or maybe thinking about or searching for a new way to communicate through your technology, such as the one I just mentioned—finding a way to transcribe your tapes without having to do it yourself or pay someone else.

Or how about taking up the study of astrology? Stranger things have happened when Mercury flies through Aquarius!

Feel Free To Do Your Own Thing!

Aquarians prize above all else their freedom. The true Aquarius nature is in somebody who requires freedom to be able to think independently. And because so much of their thinking is often about the betterment of mankind, which is to say humanitarian, he or she needs to be able to roam freely in their mind in order to come up with new outside-the-box solutions to old problems.

Contemplate this: is it time to think about making a change where you’re not always bucking up against the powers that be, where you have the capability to be and do and think freely? Where you may implement what you want without the naysayers gathering around you in a circle, looking at you perplexed or confused–or worse yet, with disdain.

That’s what makes Aquarius feel like the outsider. When the group comes down hard on you because they simply can’t see the possibilities that you’ve envisioned so clearly in your mind’s eye as the light bulb went on.

And it’s the testing of these ideas, through our conviction about and/or commitment to them, that provides us the ability to put aside our concerns about what other people will think–i.e., that we’re crazy–that helps give form and shape to these concepts.

So from now until March 5–when Mercury moves on to the sign of Pisces–I wanna see you be brave and do your own thing!

Check out this funny Adobe ad with a rocket launch as its theme! (Oh, and a little fun with Pluto as well, hahaha…):
Namaste…
Aquarius, archetypal, business, Capricorn, communication, energy, freedom, gravitational, humanitarian, innovative, Mercury, outside the box, siblings, transportation

As Mercury moves into Aquarius and the mind buzzes with crackling electric excitement,  the result is lightning quick speed of electric conduction that runs through the nerve endings to and from our brain.

Aquarius energy, ruled by Uranus–the great awakener and lord of thunderbolts & lightning–can be unexpected & erratic, making revelatory aha! moments plentiful when Mercury transits through this electric, eclectic, outside the box, march to the beat of your own drummer sign.

You may think and speak quickly as your brain makes connections quickly and you process information at lightning speed. You may also derive your ideas from unexpected sources.

Aquarius energy is both revelatory and rebellious. The universe doesn’t like stasis or stagnation, and Uranus is the planet & Aquarius the energy that sees to it that we don’t stay stuck in a rut forever.

If you are person who welcomes change, then Uranus is your guy.

If you are a person who abhors change, then in some sense at least Uranus is, if not your enemy, then certainly not well liked. Often this may be because one who espouses and/or embraces change bucks up against the status quo.

But change things must for it is the law of energy & of the universe.

Where can you make these changes through the introduction of a new perspective or new way or perceiving the world around you?

Where have you been itching to say what you want to say even if it’s different from what everyone else has to say?

The dark side of Mercury in Aquarius is that Aquarian energy—while it likes to think differently from the majority and the rest of the sheeple—can also lead one to believe that she has truth with a capital “T.”

Ergo, one can become an ideologue married to a certain thought process or way of thinking that is so outside the box–or about which one is so adamant–that one alienates oneself in the process of expressing these theories, ideas, thought, teachings, etc.

Your brain, as Mercury moves into Aquarius, is rife with the possibility of breaking through to a new way of thinking…

Who says it can’t be done? Not someone with a lot of Aquarius energy in their chart, that’s for sure!

But where might one react in knee-jerk fashion simply because one is not interested in following the conventional path? The key here is to go deep about whether you are rebelling for rebellion’s sake, or if you truly feel it…

Right it, speak it, feel it the way you do, regardless of how different that is from the way anyone else writes, speaks or feels.

Justify your viewpoint not with righteousness, but because in order to arrive at that viewpoint you have searched all the highways and byways in an all-inclusive open-minded manner and can objectively see different sides and points of view.

When the discernment used to arrive at your conclusion is one that is well thought out through observation & correlation, or a more scientifically objective manner, you are bound to stand out from the rest in true intellectual Aquarian fashion: AS BRILLIANT!